Due to reCaptcha version 1 being phased out, we had to update the forums. This also meant the existing theme was lost. We will be working in getting it back again.

Continuing the trend of posting large updates this Mideast Crisis 2 update includes; the UN's bombers, video of them and the F-35, more unit audio and a changelog for our other 2 factions (the IDF and GOI). Hit either of the images below for more info!

The First Battle Of Smolensk 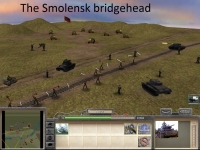 On June 1941, the Germans invaded the Soviet Union. 2 weeks later on July, the Soviet first Western Front was on the verge of completely ceasing to exist.

The Stavka committed virtually its entire strategic reserve to protect the Smolensk-Moscow axis.

The Battle of Smolensk was critical and its outcome would determine if an offensive against Moscow could continue.

Under your command the German Army Group Centre. This mission is in 2 parts. The first part puts emphasis on the German supply challenge, you have to protect the German supply depots and railway workers, and also defend against attacks from the Red Army and from the partisants.

The second part is about the Battle of Smolensk itself.

This mission will be included in the next patch Korona and friends will release soon!

For a new project, based on Blitzkrieg 2, we are looking for a nickname for the first German Atomic Bomb.

Provide an original name of the German Atomic Bomb before September 20 in the forums, and if it get's picked, you will win a copy of Dr Strangelove!

The contest has ended, we have a winner. 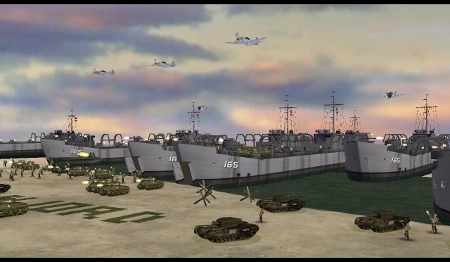 Soon, you can play these missions, and replay the D-Day landings!

The big project I've been working on for the last year or so is finally fully unveiled with the release of the first DVD in the Judo series.

Combining live action film with computer generated content derived from motion capture, this instructional DVD aimed for young children teaches the techniques and terminology required for the first belt level of Judo. It is meant as an instructional aid for home viewing to complement regular classes, thus reducing drop-outs.

The DVD has even been endorsed by Nicola Fairbrother MBE, 7th Dan, 3x Judo European champion and 1993 World Champion.

For more info, check out http://www.interactive-sports.com/

The Awakened Kingdom: The Initial Chaotic Strike or TAKTICS for short, formally a Red Alert 2: Yuri's Revenge total conversion, returns in Red Alert 3. This total conversion introduces a brand new story, three new and completely different factions, new infantry and vehicles to crush your enemies with, new buildings to create your methods of destruction and, of course, new terrain to play in.

Have we mentioned that this TC takes place in the Mario universe? 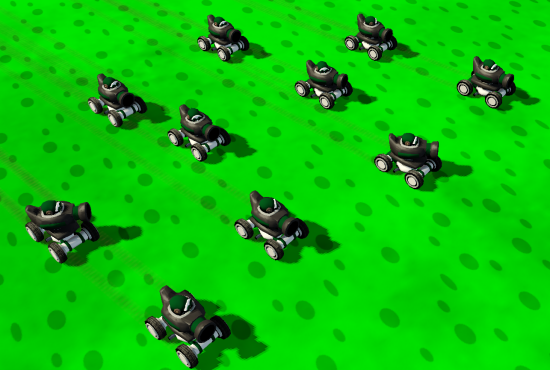 So come visit our forums for a bit more info on how we will be conducting things for this mod.

Looking at the stats for the killasmods website I'm seeing a lot of hits coming from translation sites.

Since they're notorious for not being perfect, I was wondering if anybody out there would like to translate any of the tutorials into their own language so people using them wont miss any details.

In particular I'm hoping for Polish, Spanish and Russian, since the majority of Non-English speaking traffic come from those countries.

If you can devote some time to help the mod community grow a bit by translating killasmods' tutorials, give me a PM via the forums.

My new portfolio site, showcasing my artwork, is online!

An Act Of War Status Update

Please see the modified news post "An Act of War is Dormant, for now" for important information on the status of An Act of War.

An Act Of War Is Dormant, For Now

Hello everyone! EvilViking here, coming to you with an update on the status of An Act of War. While we are not "dead" as implied by our fearless leader, the team has indeed been claimed by Real Life . Development on An Act of War over the last year and a half has rapidly dwindled, leaving over four years of work unfinished. While the team is no longer able to commit the massive amounts of time to the project that we were before, I do intend to finish An Act of War eventually. This may be a long process, however, which is one reason why we have decided to release the old 1.5 beta (Summer 2005) for public beta testing. Information on downloading that beta can be found at the end of this post.

The future holds great things for An Act of War. Many of our team members, including myself, are currently involved in 3D/graphics/programming related education, or are now working in related fields. As we are learning new things, this new knowledge will most definately benefit the future of An Act of War. Be sure to stay tuned as we make the finishing touches on our website, and prepare to release more up-to-date beta for public testing.

As you play through the beta, be sure to submit bugs, ideas, comments to suggestions in our forums, or directly to me at EvilViking[AT'>gmail.com . Please clearly mark your email as An Act of War related so it will not be marked as spam.

Thank you to all of our fans who have very patiently waited for v2.0 of An Act of War. I hope the final experience will be beyond your expectations. For now, enjoy the beta, and keep those bug reports and ideas flowing!

The latest beta, beta 1.5, featuring an almost complete United States, can be found for download here.

Please remember to submit bug reports on any issues with currently available content. Note that much content (Iraqi units and buildings, ships, etc) is missing, and that missing content is not a bug but a part of playing a beta.

See below for the release notes of EvilViking.

Never Give Up, Never Surrender.

Hello all AAOW fans! Yes this is IronRaptor and not Evilviking. There has been a coup and EvilViking has been overthrown.

I know you all might be sad at the site of this hostile takeover,

I am kidding of course. However Viking has finally decided to stop making everything so hard on him since he has a very aspring career ahead of him in 3D development and is getting swamped with real life so he has decided to name me Project Co-leader.

Viking will still be around to help out, put his opinions in and finish this beast and make sure its the AAOW he dreamed of long ago. But as for alot of the actual staff assignments, some news posting and other various things I will be taking over to ease some of this stress. I have big shoes to fill and I won't be able to fill them completely but I hope to make some pretty big foot prints of my own.

Now first off, we need staff. Over this past time of inactivity we have lost many staff. Currently DS is way too stressed for people and lacking some altogether. With the release of CnC 3 and Generals ZH becoming older many have moved on.

But we are looking for new people. Now I know from reading past posts by many of you that you may of submitted applications and work to EvilViking. As I have said he has been super busy and if he didn't get to you its not that he didn't like it.

However I will also be accepting applications. I will run each application through our department leads and Evilviking along with myself to determine authenticity, detail, and workmanship. If you would like to apply please email EvilViking AND myself at EvilViking[AT'>gmail.com and IronRaptor87[AT'>gmail.com. The [AT'> is really @ but we try to avoid spam.

Sorry no pictures this time but if we get more people hired in and we get going again the pictures and news will flow. I really need good modelers.....and 2-D artists....could also use coders who are creative but will follow some coding standard such as COMMENTING thier creations clearly and being able to explain thier ideas and processes to others.

We need people in all departments but really we need them the most in modelling and 1-2 in coding. Maps too but thats not really a priorty right now. Well get those apps in people. We need support on the front as soon as possible.